This weekend, in Nantes, France, took place the Utopiales festival. It is an event around science fiction, with writers' interviews, film screenings, conferences, but also (and especially, for me ) a great gaming area.

And Final Lap was out there. 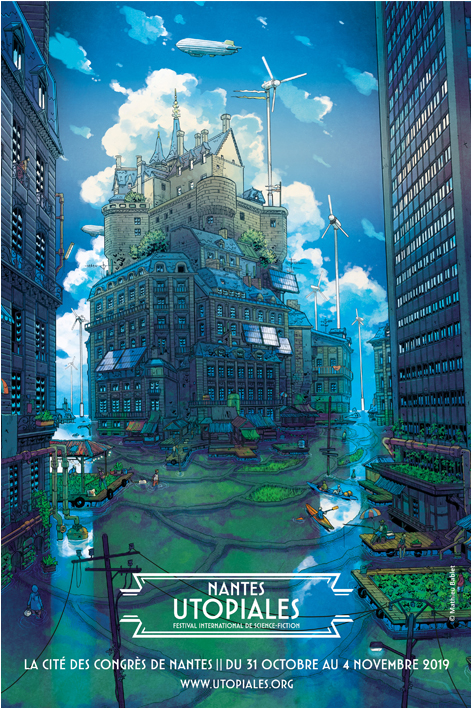 I've played the Metal Winds setting. We were aircraft pilots, between the two World Wars. And WW1 was still on some of our minds. Love and betrayal were also on board. Three of the five players (me included) were discovering GM-less RPG, and it went great ! When the Checkered Flag appeared, it was put down some more cards to play a little bit more (it was the case in the three games).

Second game went with the Alley Cats setting. On bicycles, we were roaming through Tokyo streets. An intense game, as all the players (4 in total) were used to GM-less and Narrative games. Regrets, jealousy, rivalry and drama were at the heart of our game. My best game of this event.

Third and last game was played through The Fastest Streets setting. We played in Dubai, and ancient rivalry and forbidden love were the themes of the game. The players were novice, discovering this kind of game. They played only in this convention, every year. And they might try out other Descended from the Queen games alone. Mission accomplished !

Those three games were great, and made me thinking about the future of Final Lap. I will add more settings in an extension, and more cards for the present, the race. In the current state, the game is focused on the relationships (and that's great) but I want to offer other things.

I will also work on other games with this set of rules. I already got The Case that will make the Headlines, but I need to improve it. And I've got some more themes I want to approach.

If you play with Final Lap, please tell me how it went.

The game will stay free and will be updated if I change any of the basic cards. But the settings and any future extensions will be only available with the paid-on version.

Experience the conclusion of a racing year on the Circuit during the last race in this GM-less RPG.