After the accident is a journaling game. Through a draw of questions and prompts, you will build a story. This experience has been designed to be a solitary one, but you can do it in a group, in the form of a brainstorming, an ewquisite corpse or whatever...

You will write a story as a journal. This journal is written by a person who is alone somewhere after an accident. The details of this place and of the accident remain deliberately vague so that everyone can treat them in an environment that suits them: realistic, funny, horrific, fantastic...

After the accident is a role-playing game. However, its structure is far from the traditional role-playing games. You will interpret the role of a survivor, live their story following the directions provided by the cards, but also sometimes by your own decisions. There is no victory at the end of this game. There is no challenge to overcome. It is simply a matter of telling a story, good if possible.

After the accident is a card game. You'll need a standard 52-cards deck to play.

You draw card and then refer to the corresponding prompts in the booklet.

A game to extend

The basic game cards allow you to tell the classic story of a victim of a shipwreck, of a crash, whatever they may be. I have already tried out various environments: shipwrecked on an island, aviator who survived a crash in the mountains, speleologist, waking up in a ghost town...

I will provide original settings in an upgraded version of the game.

There's also the idea of adding new themes in this story with extensions.

But this game is also my way to present you the "Following the LEADS" system, which will be soon be made available through a SRD. Use this system to write your own games, to tell other stories. I know I will !

In order to download this game you must purchase it at or above the minimum price of $5 USD. You will get access to the following files: 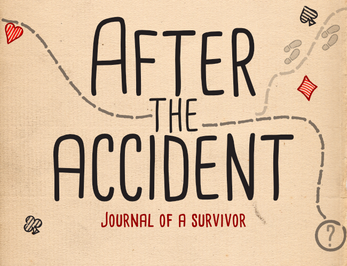 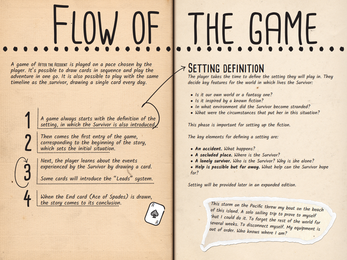 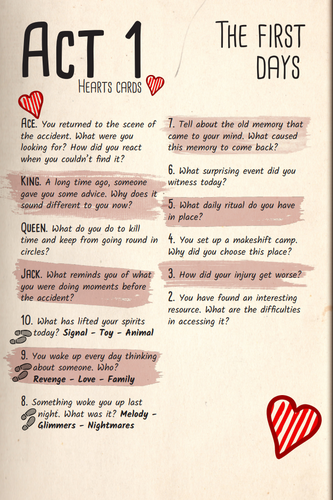